When we were given the creative project assignment it took me a while to come up with something. I spent a while trying to come up with short stories that I could convey through one of the available mediums. I knew I wanted to do something with drawing or animation so I chose the Wick Editor, Vector animation software as my medium. Wick was similar to Scratch but leaned more on the frame animation side than coding (though coding is a large part of making things interactive).

I decided to do a short story that was mainly told without words and had some elements that the audience could interact with. The story wasn’t inspired by anything, in particular, I just wanted to create a simple character that interacted with objects around their house in an act of memory. One of my alternate plot ideas was a person with dementia interacting with artifacts of their life and re-experiencing memories of those moments; this was one I couldn’t do due to the time restraint of the assignment. I’d probably do this one another time because I like the premise.

My final product ended up as more of a prototype of this idea, following a girl’s (shortened) routine before visiting a past loved one. The method I originally had in mind to make the story interactive would have taken me longer than the allotted time to work on this project so I narrowed it down to doing something much simpler. I feel like my focus shifted more on making the animation in the software look smooth, and so the narrative of my story was weaker. Learning how to use the specific tools in Wick, and their unique terminology took me the longest amount of time.

To start, I drew all of my sprites and assets in an external drawing software (Manga Studio) in order to get the detail I wanted, as well as the character sheet. I knew that I was going to keep everything inside one long scene to make it easier on myself, so I drew the entire scene on one large canvas to import into Wick (I did this with the character as well). 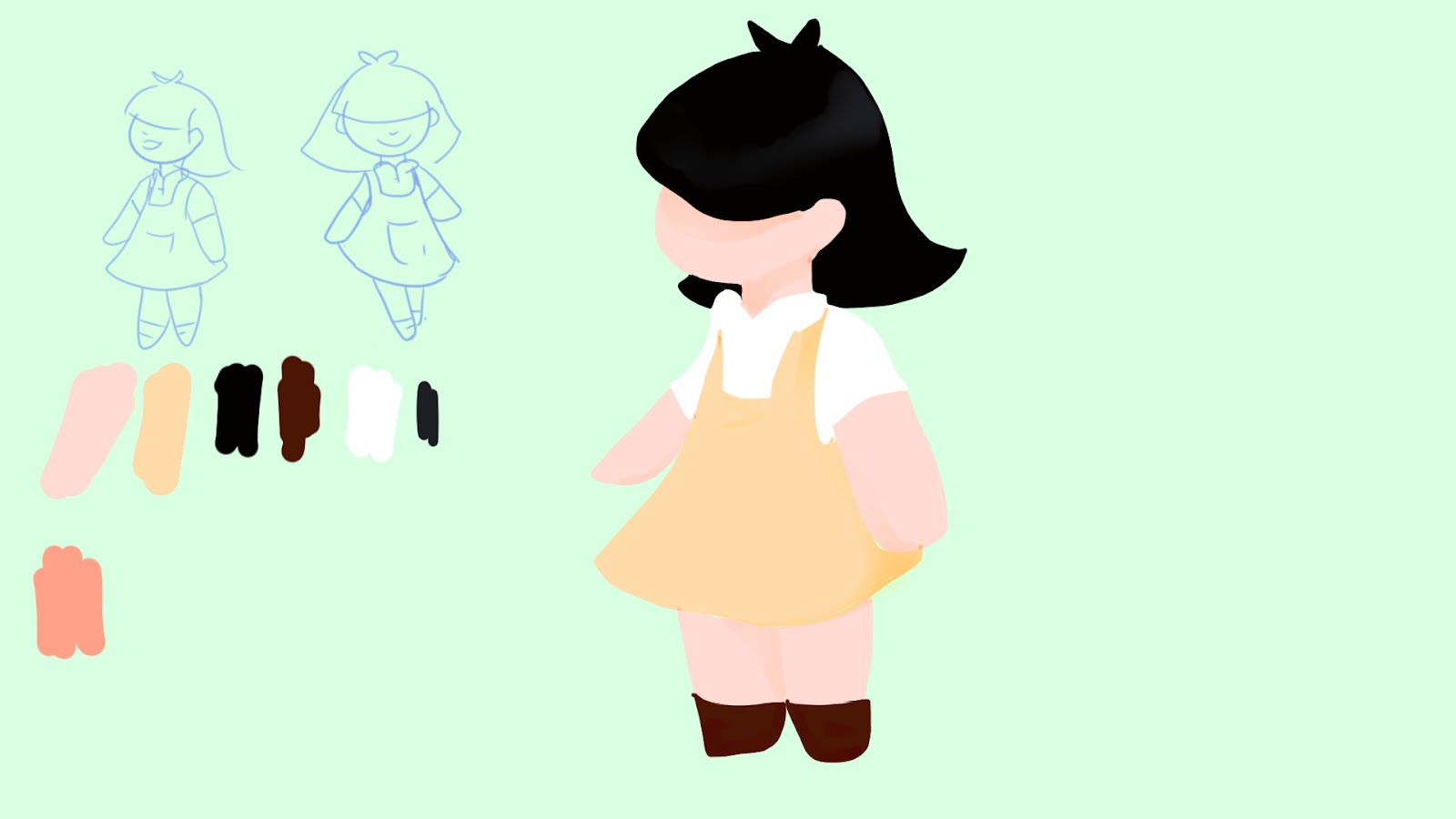 I decided to import all of the assets because Wick’s drawing tools didn’t offer enough customizations when it came to erasing, drawing, brushes, etc. It was easier for me to draw in a program I was already familiar with and then import them later. Once I got the hang of Wick Editor it became a lot easier to do the animation and buttons that the player can interact with. I spent a whole day watching tutorials (of which there weren’t many) and experimenting on my own before I came up with a plan that would fit my story idea.

I have 4 different layers of the background, each for different parts of the story. There are also 3 copies of the same sequence; one for each outfit the player can select. Using the coding tools offered, I was able to program the project to skip to a certain frame number and continue the animation, so I did this for each dress option at the beginning of the game. As a result, each route is animated slightly differently because I had to then re-do frame by frame for each outfit from the mirror to the end of the scene.

I wish I was able to understand more of Wick’s features sooner because then I could’ve focused more on the storytelling part. Hence why this one is so short and feels like a demo more than a full story. One thing I wish I could have added was sound, but I haven’t figured out how to do that yet.